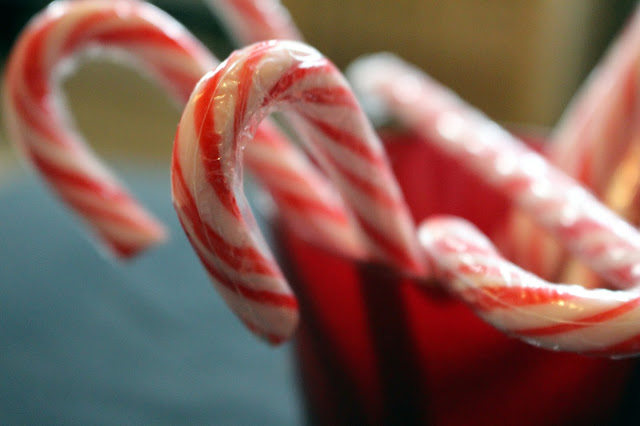 Yesterday it has been two weeks of no sugar and no candy in my life. And what can I tell you? I feel great!
I had no idea that things would work out so well this year (At least so far...) A major difference to two years ago, when letting sugar go was by far less easy, is the stress level I currently have. Since reducing my officetime and my working hours altogether I am a much more relaxed person. Organizing breakfast everyday and getting up early enough to prepeare it does not seem such a big deal, which helps me a lot with reducing my cravings for anything sweet. Never having been a breakfast person, it can be tough to have breakfast everyday, but I just prepare it and take it on the train to work, so that I don't have to eat directly after having fallen out of bed. It might be weird, but the breakfast in the morning helps with cravings I usually have in the afternoon.

If you feel the need for a chocolate bar or anything, drink a cup of green tea first. It is a) one of the healthiest things you can put into your body and b) it helps with hunger attacks.

As a further motivation and to inform me, or also - let's be honest here - to feel awesome about myself, I like to watch documentaries about sugar and read all books about it I can get my hands on. I also joined a German facebook-group of People who are quitting sugar, the idea is to motivate and inform each other. My problem with it is, that the group is mostly used to share recipes of desserts and cake without sugar. When you want to give up sweets, no matter whether they contain sugar or another sweetener, it is not very helpful.

I enjoyed "That sugar film" though (check out the trailer here), which was in cinemas last year. A documentary about an Australian actor, Damon Gameau, who had quit sugar a while ago and wanted to show the effects of sugar on a healthy body, by eating produced products again and including sugar in his diet. The interesting part about the movie is, that he doesn't eat candy though, but gets all his sugar (the average Australian amount of 41 tablespoons of sugar a day) from food often considered healthy, especially low fat producty, which usually contain a lot of sugar and cereals, granola bars, vitamin water, frozen yogurt, etc.  It is a very crazy, colourful and entertaining movie and it shows how bad all this food can be for your body. What impressed me most about it was, that it didn't stop with the message, that today's food is mostly bad for you, but on a positive note, that you have the power to change it. Damon goes back to his healthy lifestyle after his experiment and after a few weeks loses the weight and all his health problems. Even during the "sugar diet" he longs for his healthy lifestyle and feel good again. A scientist, interviewed in the movie made a statement that really got me to thinking: "If you have always lived that way (eating processed food), you have no idea of what life can be like." If you have always been drugged how can you know what it is like to be clean? Quitting sugar the last two weeks already had an effect on my energy level, I get up early, I feel motivated to do sports, I cook, spend qualitly time with friends, get my work done, read stuff for my PhD thesis - and it feels awesome. It makes me not want to start with sugar again. So this time I might stick to this way of eating.

I can also recommend a relatively new documentary about the problem of sugar made by the BBC (I love their documentaries!) called The Truth about Sugar.  and Globesity - Fat's new Frontier. Those help me to stay motivated and also to be informed about what contains sugar and how to avoid it. Just yesterday I watched a Ted Talk that Jamie Oliver gave on sugar and nutrition. It is very informative and I like how he uses his popularity to make schools healthier and inform people about food choices. In one of the documentaries I watched they said that about 80 % of all the school canteens in the US are sponsored by fast food or beverage companies, meaning the kids are surrounded by a lot of fast food even at school. I can only imagine how hard it must be to live halthily in the US.
One product containing added sugar Jamie Oliver talks about is milk. At least in the US. I found that appalling, but is there actually that much difference to the new apple varieties which have much more sugar in them than apples formerly had? We have a very good and big organic supermarket across the street and I am planning on getting my fruit from there in future, trying to find old varieties that contain less sugar.

Sugar and candy are considered such desirable products, that a lot of pet names actually come from that family: honey, sugar, sweetheart, a.s.o. I made myself a "sugar playlist" and those are only the songs that immediately came to my mind when thinking of candy related songs:


Sugar is everywhere. Our brains react to it like they would react to other drugs as dangerous as cocaine or heroin. No wonder we want more and more and the food industry puts it into everything, always making us want more. They make money of our addiction. Imagine the uproar if we found out they put cocaine into everyday products to make us buy them. But the more I read and learn about sugar I feel that it is not so much different...

Just recently a research team tested popular hot beverages we buy at coffee houses nearly every day on our way to or from work and they had a rocking amount of sugar in them! I always enjoyed drinking my nice and cozy Chai Latte at the coffe shop in our main station and no wonder, it consists of almost more sugar than we should eat on the whole day! Check out the BBC report on it here. I will have to continue making my own chai tea at home...

A lot of sugar experts, scientists and journalists see parallels to the fight against the tobacco industry in the 1970s. From the 1950s onwards it got clear how bad cigarretes are for your health and still, cigarettes used to be everywhere around us. The industry reacted by trying to undermine science and even attacking scientists and paying lobbyists to make sure, they did not have to endure government regulations. The same is happening at the moment with sugar.   (My parents actually used to smoke in the house all the time, and that was in the 90s...) I am currently watching a lot of Mad Men, and set in the 1960s, they are smoking everywhere, even on a plane, or with a big pregnant belly, which nowadays looks so shocking and perverse, but that is only thanks to the rebellion of some scientists against the tobacco industry. I believe that the same might happen to sugar. Ok, cigarettes are not part of what our body needs, but the longer and longer I am sugar fastening, I realize that processed food with sugar in it does not count as food at all. They are non-foods and they increasingly feel like that to me. While I already feel sick, when I see parents filling the baby's bottles with coke (I have only ever seen that on tv, dealing with the US or Mexico e.g., but I bet people are doing this in Germany as well), maybe in twenty years time we will tach footage from 2015 and feel appalled by the vast amount of sugar offered for example at a kid's birthday...

The other day, I went through the station and saw those ads, for chocolate, showing big choloate bars, full of nuts and yummie stuff, promising coziness and happiness. Candy in our culture is connected to happiness, which makes sense in the short run, as sugar helps to rise your serotonine-levels, but they shatter afterwards and you feel worse than before you ate that cookie or the piece of chocolate. So, turning to candy as a moodbooster is quite shortsighted and can start a vicious circle of always wanting more. I used to be a total ad-victim. Whenever I would see chocolate on a screen I immediately wanted some. Not so yesterday though. I went through the station, noticed the ads  - and then just went on. Without having the desire to eat chocolate. That might not mean much to you. but it is a huge step for me and it felt so liberating to not be affected by this ad. It is a huge thing for me. Being too passive about my food choices is one reason, maybe even the main reason, I chose to quit sugar for Lent two years ago. So it might be not such a big surprise of how empowering it felt to not care about the great looking pictures of chocolate above my head.

Living healthily has motivated me to do more sports as well- I have started with yoga again after having the flu two weeks ago. We have also been bouldering last week, which was so much fun that I regret how we have been not doing this for such a long time... And we went running tonight.

I will keep you posted about the sports and fitness which is going to happen around here. Taking the dog for a walk outside in the spring sun is already pretty awesome exercise I think.

Email ThisBlogThis!Share to TwitterShare to FacebookShare to Pinterest
Labels: Health