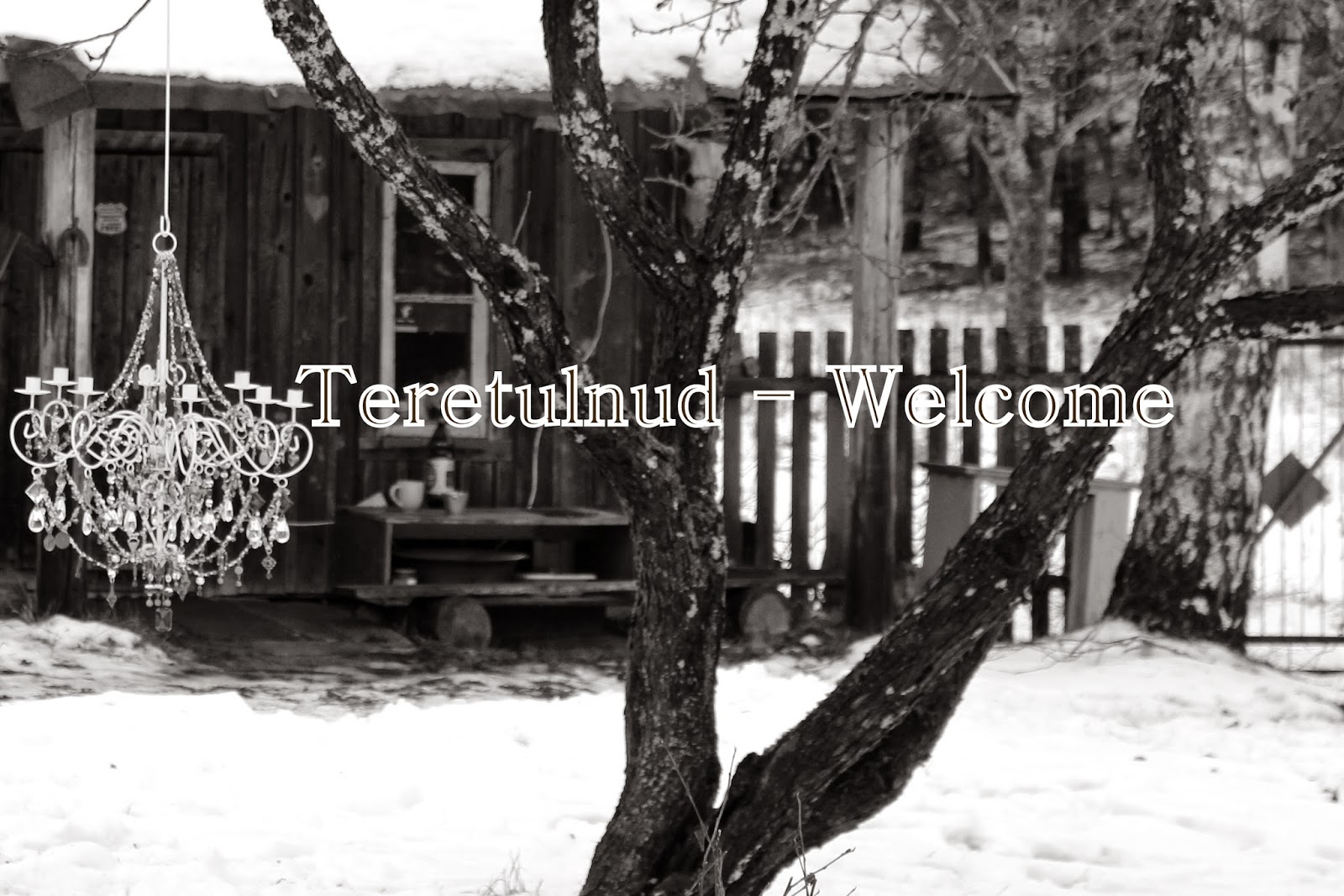 This word has a lot of meaning, when thinking of our trip to Estonia over New Years. It was the first time for me in an Eastern European country, apart from Hungary (visit Budapest, it’s lovely!), while Mr. Schön is an expert when it comes to Latvia, Lithuania and Estonia, thanks to his good old couchsurfing days. From the old days, he still has a friend living in Tallinn, whom I had met on a visit in Düsseldorf. So, when we were trying to decide where to escape this years New Years, (we always try to be somewhere else on this time of year, it is the best tradition!) Tallinn was soon on the table.

I had seen pictures of it's beautiful little streets, all covered in

snow and heard of Estonia's famous countrysides. You have

to know, compared to our part in Germany, Estonia is

basically empty. A small population in a still rather wild and

rough environment. Well, not in Tallinn.

Tallinn is a city with great opportunities to go shopping and

do all sorts of leisure activity.

My first impressions were: comfortable and cute airport, a

funny and friendly language, reminding me of Finnish and


Our apartment was a dream. We had found it over Airbnb and it was just perfect! I had been a bit afraid beforehand, as I had seen on the pics that the building was made of wood. We don’t have many wooden houses in Germany and me being an iceblock, I was afraid of freezing if it was not well insulated.  It was, however. The heating made it cozy and snugly, the kitchen looked adorable and the whole house is a piece of art in itself. We found out later that the owner of the house is a well-known Estonian artist. She had decorated the place, everything was colourful and creative. I loved it! It turned out that by sheer luck, our friends had moved in almost next doors, so we never had to walk far to get to their place. If you would like to visit Tallinn I can recommend Eva’s place. Check out this pretty apartment

Liis and Tanel, who went through a lot to make our stay in Tallinn a real treat, took us on so many adventures. Their passion for the cool places in Tallinn, beautiful nature, eco shops and beautiful restaurants made our whole trip worthwhile. We went to see the Seaplane Harbour Museum, which is a relatively newly opened huge hangar, where the architecture itself would be worth a visit. There is so much more to discover, though. The world’s and Estonia’s history of seafaring is documented here and all kinds of ships are shown. My claustrophobia did not allow a long stay in the submarine – how do people work on such a thing day and night is a mystery to me – but the others enjoyed it a lot to be crammed inside...
If you visit Estonia you can go here with your kids, they will love it. The whole museum gives you an underwater feeling and there is a whole corner with games for the kids. Although... being a war-hating German I have to say that I would have wished a more critical discussion of the whole idea of war, but maybe that is just my point of view.

A special treat was the drive to a part of the History Museum, or let’s say the backyard of it, as there is a dump of  Lenin statues, decaying in the dirt. In the revolution and the fight for independence, the Estonians had apparently just taken them there and dumped. Instead of giving them space in a museum, as some countries might have done, the message is very clear. I liked the intensity of all the former images of masculine and political power rotting in the rain, highly symbolic.


The rain was pouring down that day, so I was a bit afraid to take my new camera out for too long (I got myself the best Christmas present ever, the Canon Eos 700d), but you can still get an idea of how it looked like. Sunshine would have not fitted the place half as well, so it was perfect in a way. 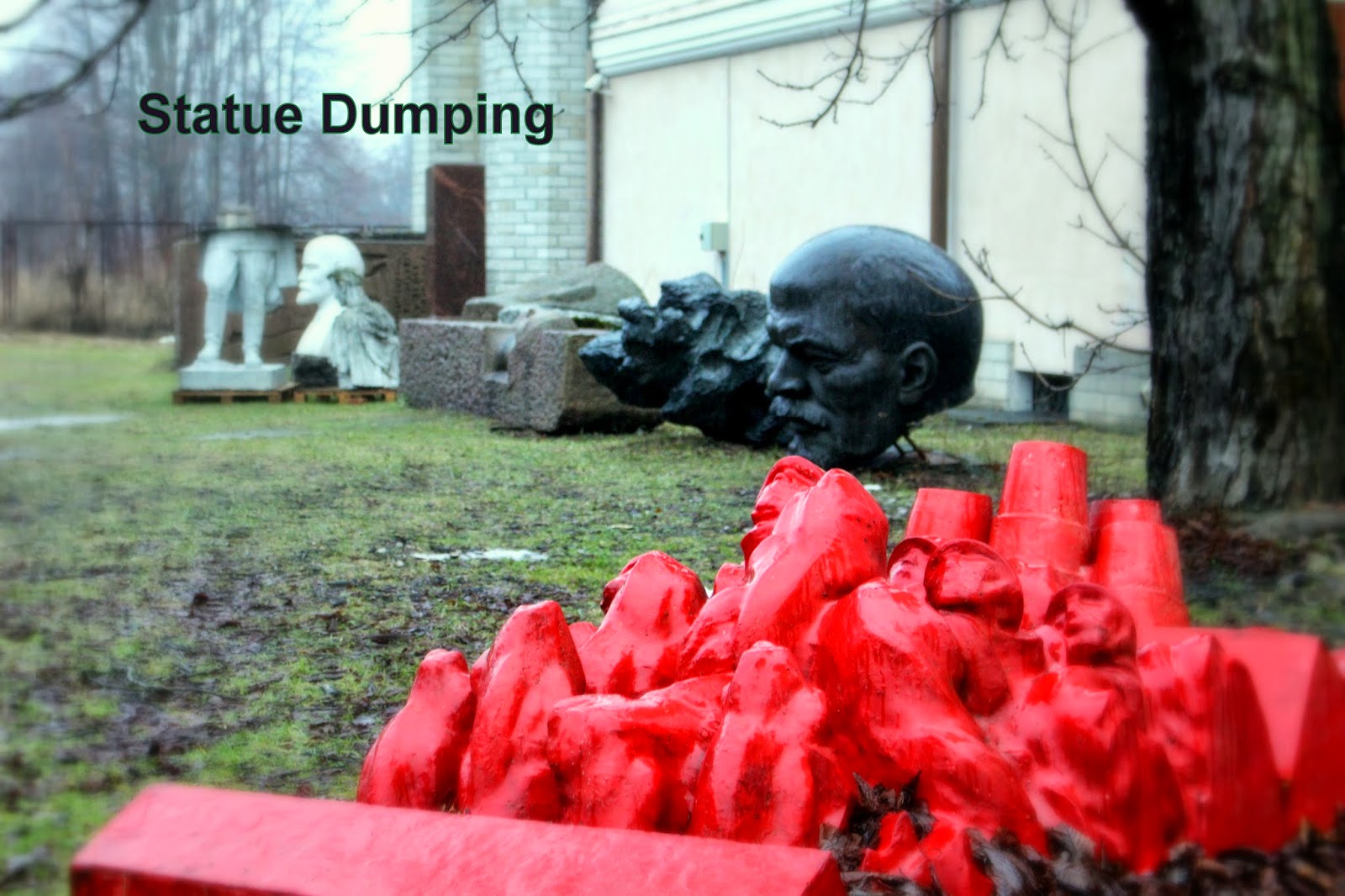 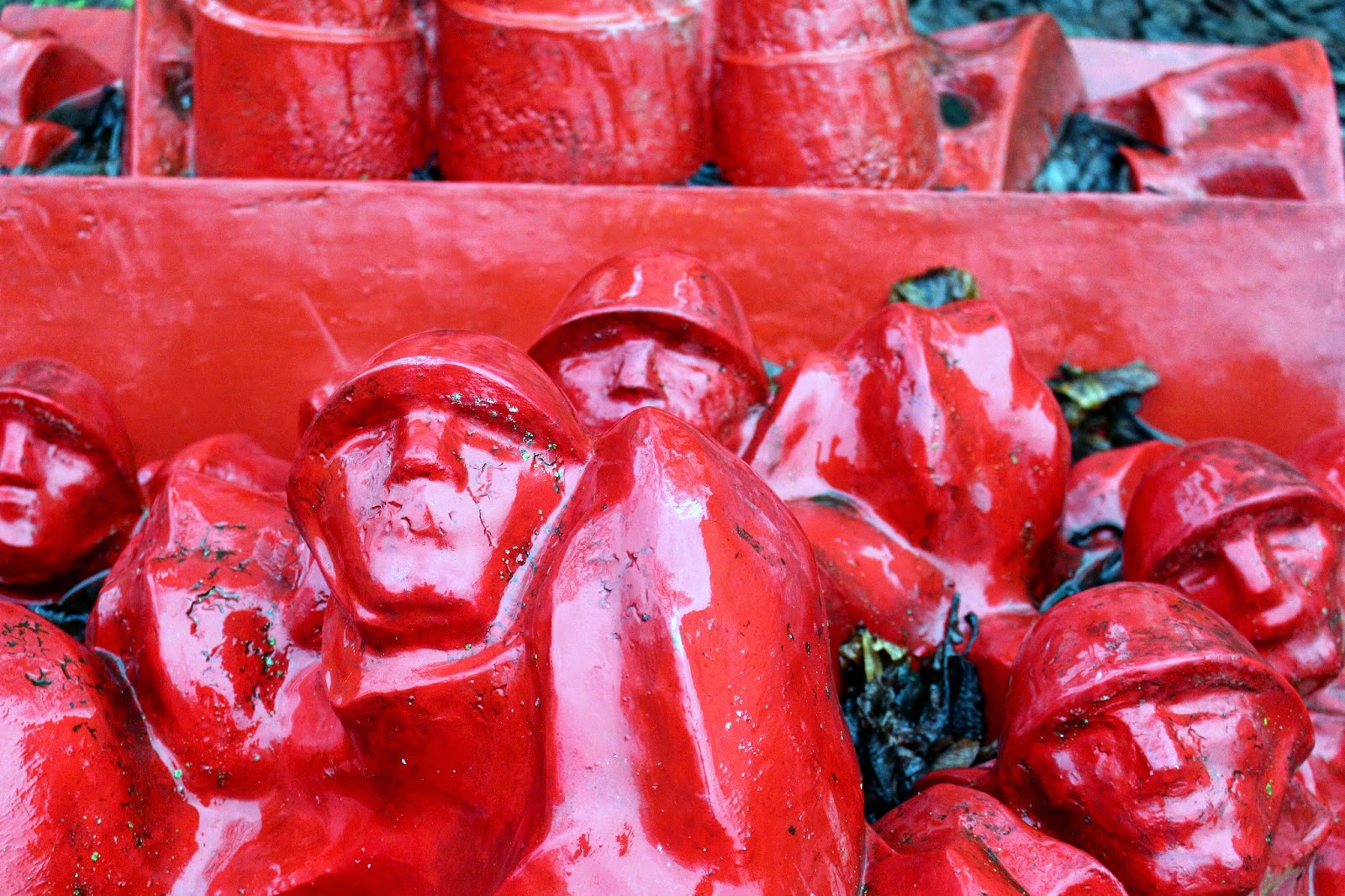 New Year’s 2014/2015 can definitely keep up with our New Year’s two years ago in the quiet Swiss Alps. Although it was far from quiet in a way. Taavi and Maali, two friends of our friends, are the proud owners of a happy-Hippies- in-the-wood kind of cabin and – a great honour for us – invited us over for their annual New Year’s party. (The picture in the top shows the cabin in the background.) 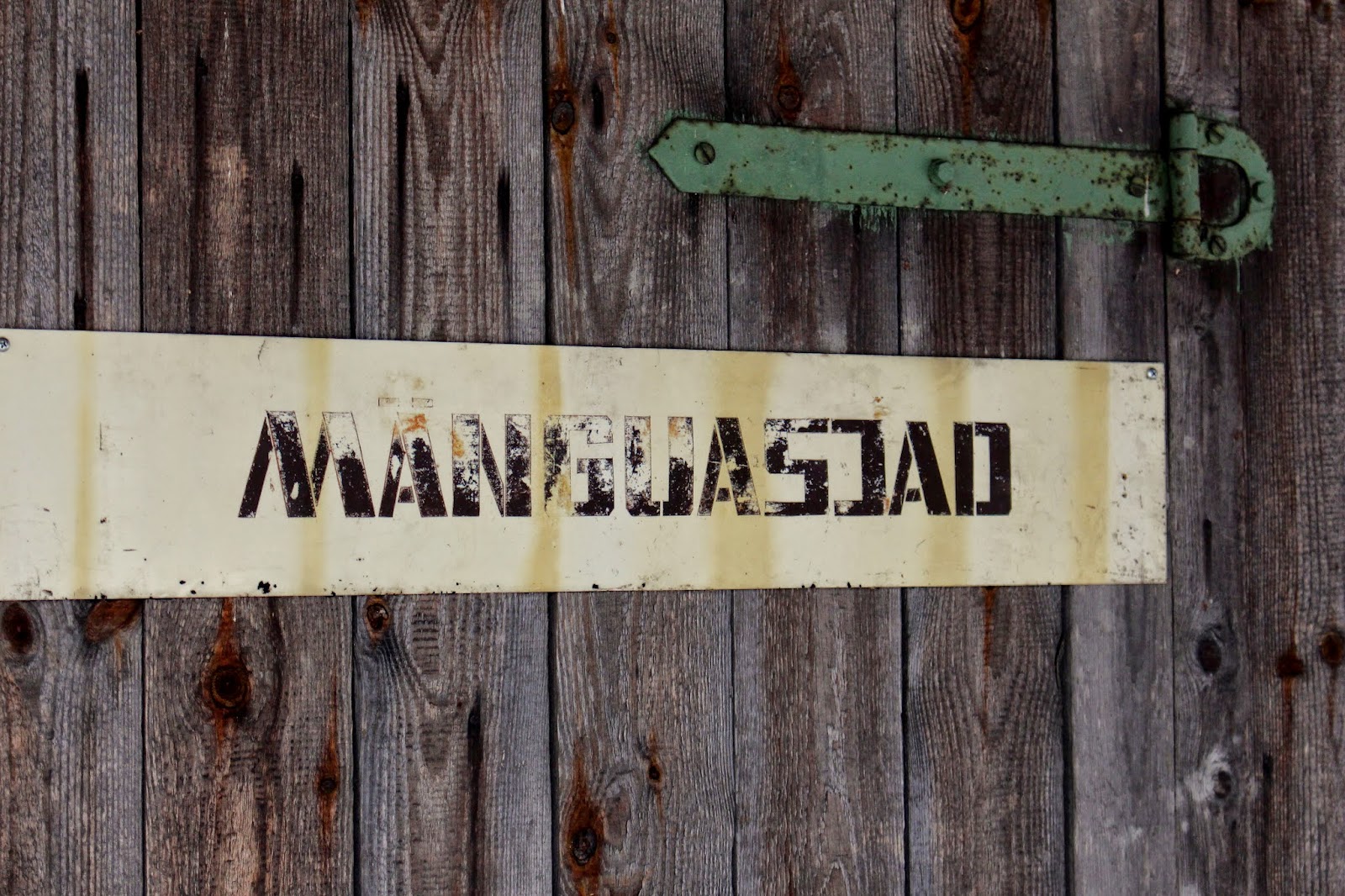 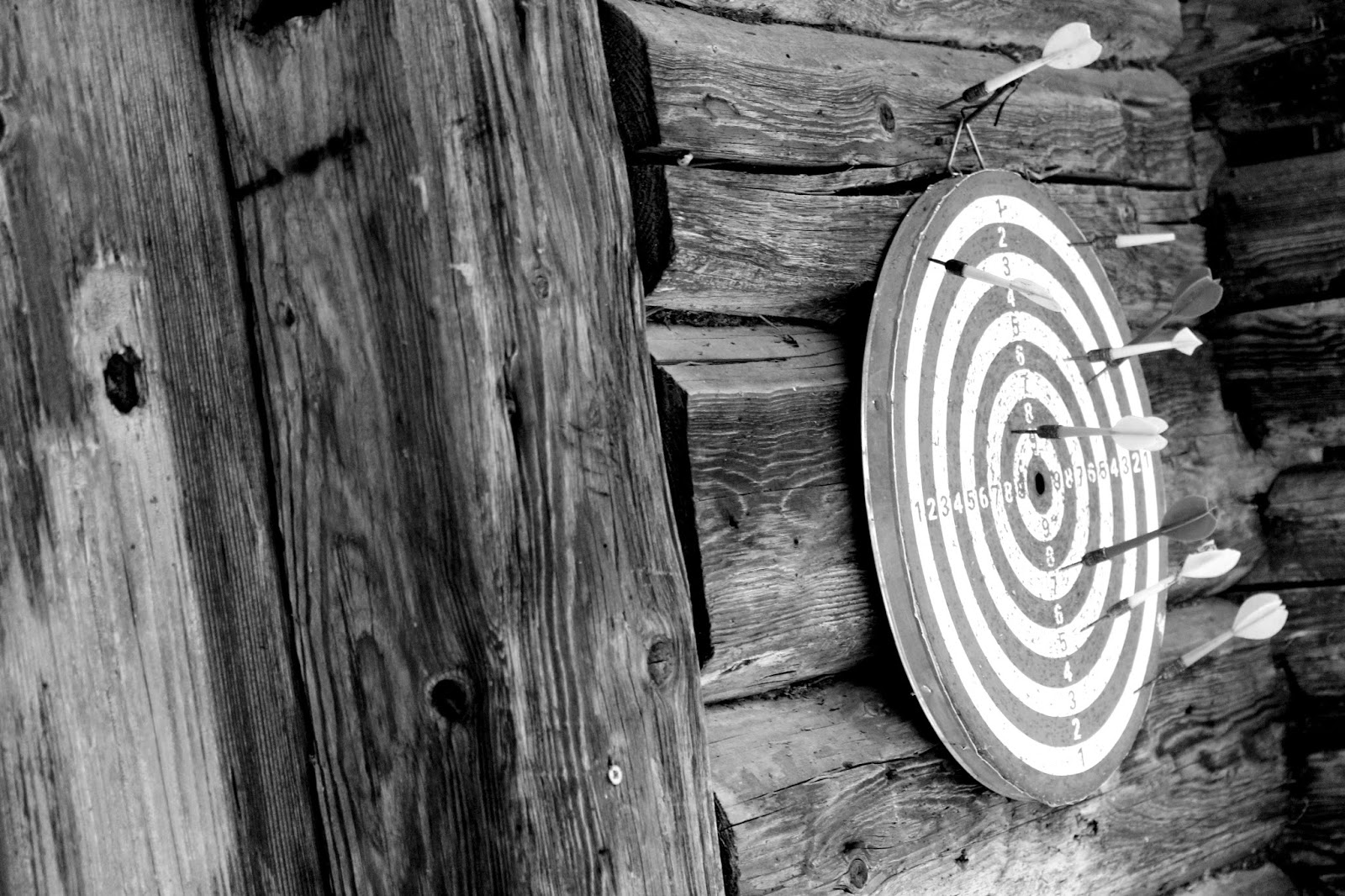 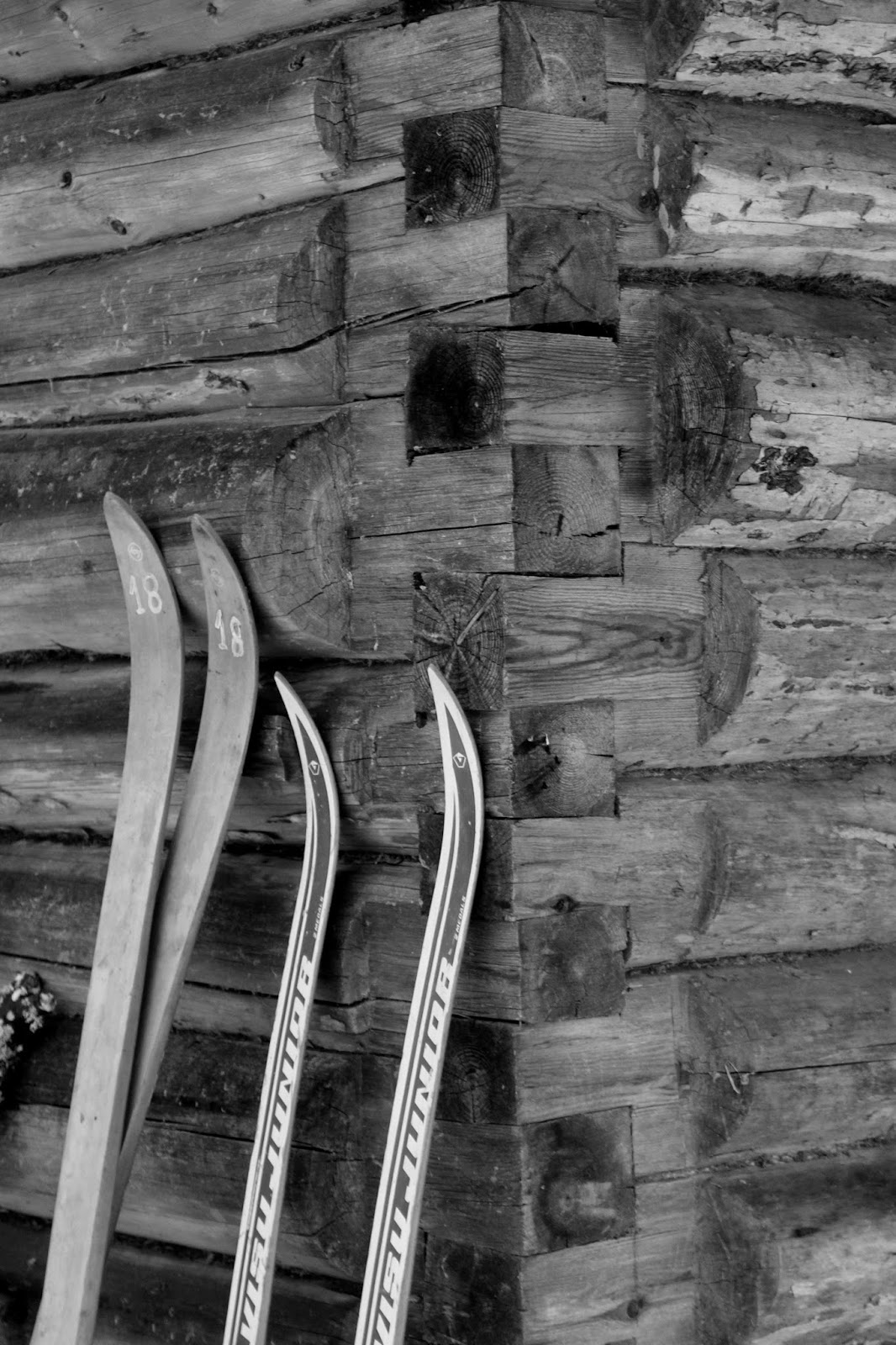 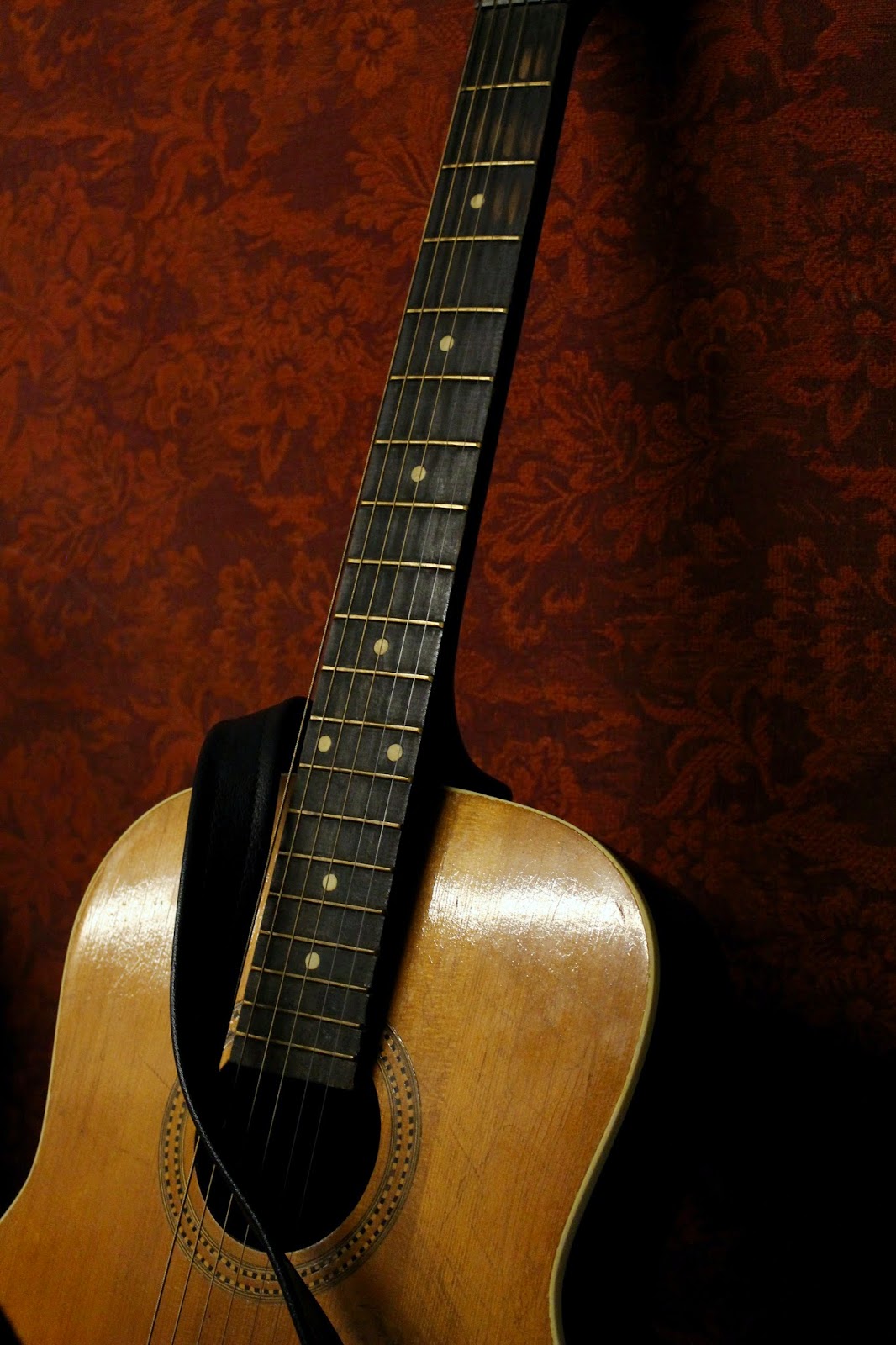 We were the only non-Eestis there and I was a bit nervous, like always when you meet a bunch of friends of friends and you don’t want to wreck it for them… Everything was perfect though. People in Estonia are especially one thing: welcoming. Teretulnud. I felt like home all the time and it was a whole new feeling for me, to be in a room full of people, not speaking their language, not understanding what they were talking about most of the time, but still feeling as being part of it. It was weird, I followed the conversations and took in all the emotions without understanding most of it. Don’t let me be misunderstood, people spoke plenty with us and their English is really good, so communication was not a problem. But even when Ded Moroz (Father Frost) listened to all kinds of Estonian poems and songs and people made jokes in their warm-hearted language I felt like a part of it. (And I am wondering whether Ded Moroz is supposed to make all kinds of sexual remarks or if this was just an interpretation of our host, Taavi… ;-)


Sauna is a big thing in Estonia, the cabin for example, doesn’t have a shower or a bath, cleaning happens in the Sauna. When I had told my colleagues of how I intend to spend New Years among Estonians in a Sauna in the middle of the forest and jumping into a whole cut into the ice of a pond… well you should have seen their faces. But that is exactly what it was like and it was fantastic. 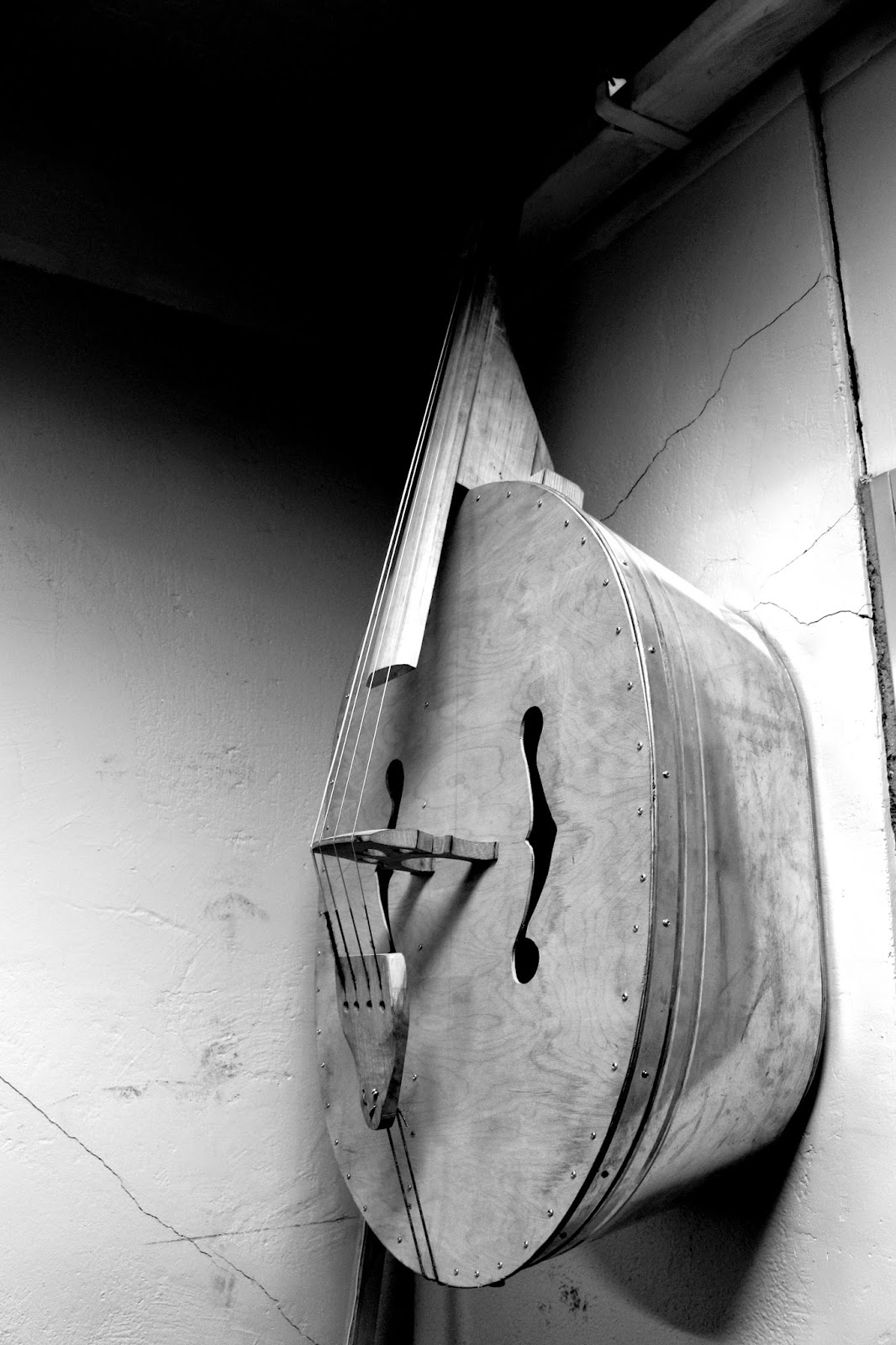 Later, Tanel took us to a special kind of workspace, a garage a friend uses to repair old accordions. For me as a photo enthusiast it was paradise. Especially as I love black and white pictures. With all the stuff hanging, sitting, standing everywhere, colourphotos would have been much too hectic, so reducing it to just the essentials was perfect. 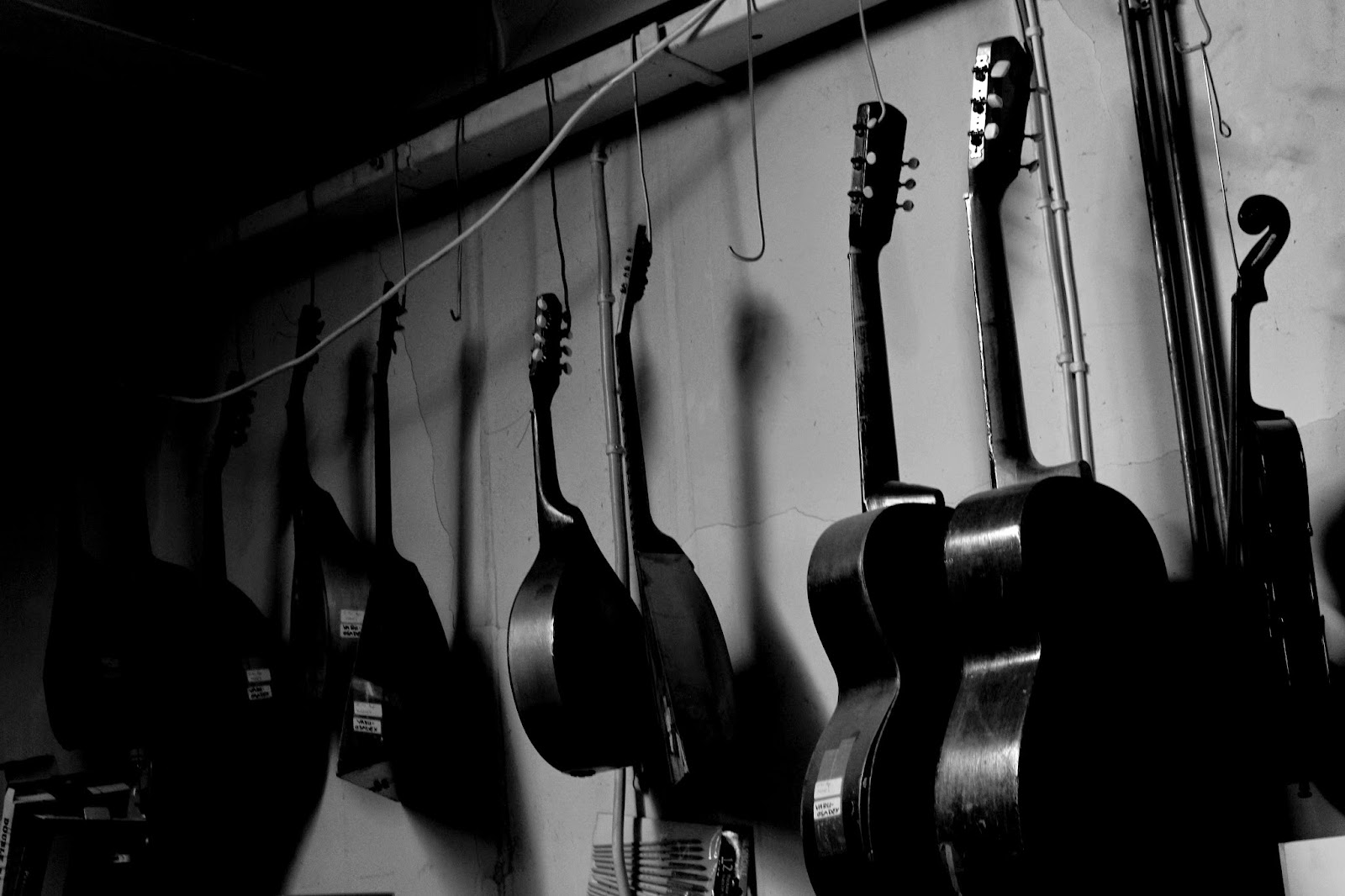 And Mr. Schön was also happy, because he could outlive his passion for handcraft with Leho and Tanel. They built a machine to cut any kind of shape you design in the computer out of wood or metal. Pretty cool. With a name too complicated for me to remember. Well, I took a lot of pictures, so I was not fully focused… 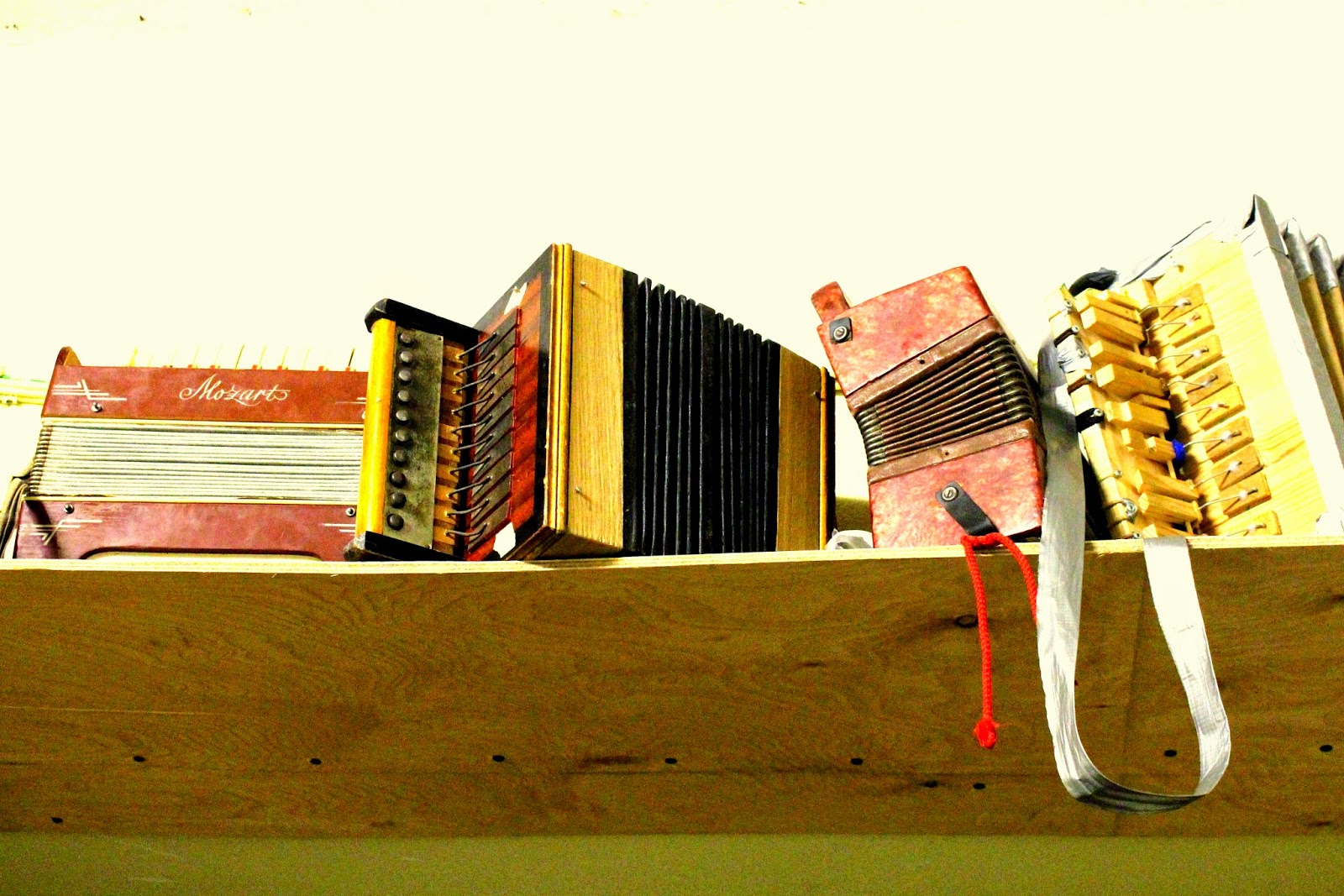 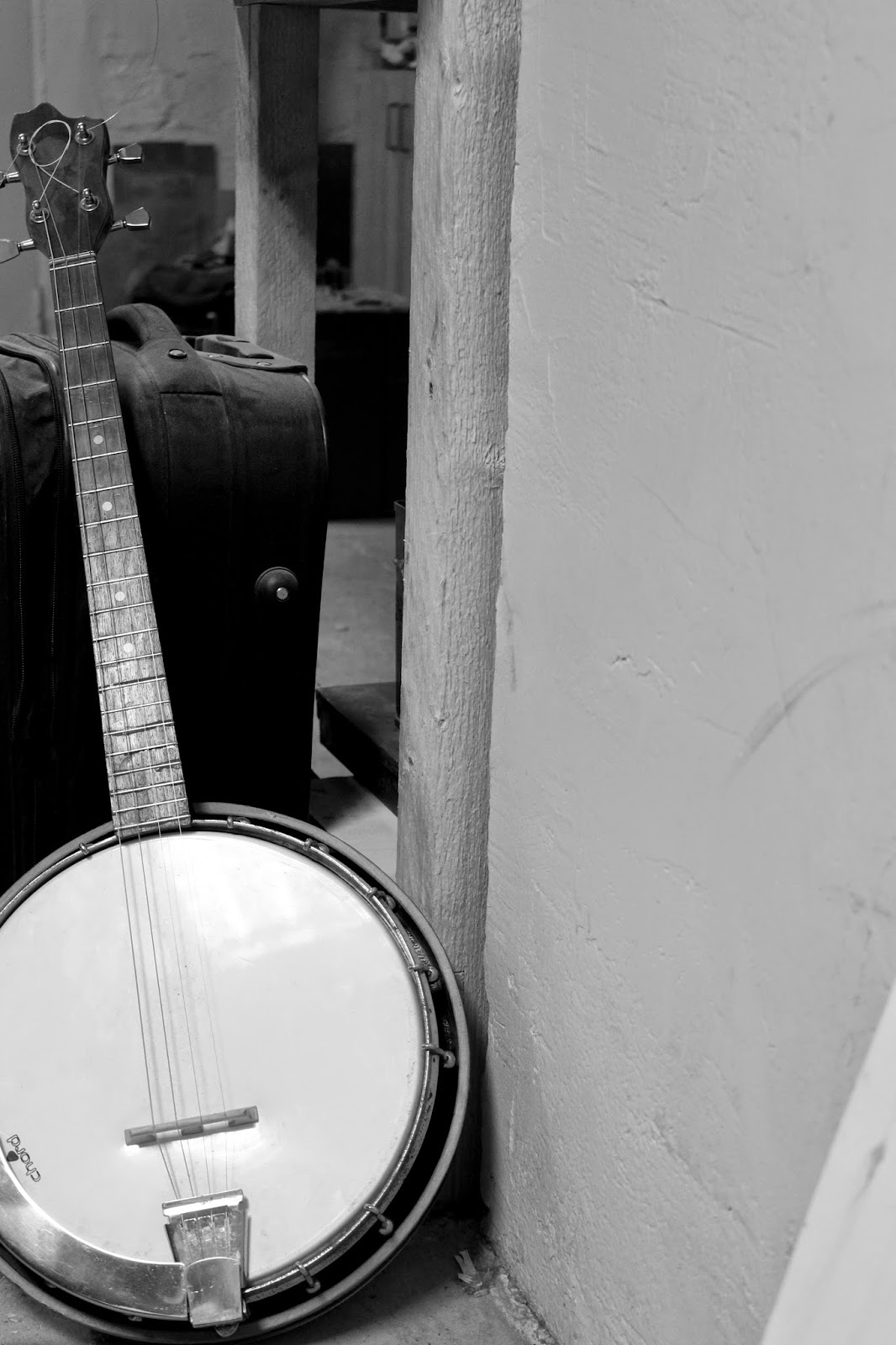 Tallinns Old town, the Estonian food and the beautiful landscape were great. But it was everyone we got to know on our trip that made it so special. Loving to have guests over, we invited everyone from the Tallinn-area over for our last evening and all of them came along. We had a lot of food, drinks and later, Leho took out his accordion and played wonderful folk tunes. He sang and it reminded me of the beautiful Swedish songs I was talking about before. Estonian folk music impressed me during the whole trip, it is a tune I can totally relate to and definitely want to listen to more often from now on. (Check out this Estonian lullaby, I love it) Tanel, who is a passionate folk dancer, started dancing around with all the girls and we had a “jolly good time”, to quote something that Hanna, one of our new friends, often said.
I bet there is an old folk song about how Estonia is always in your heart, no matter where you go and this is how I feel today. I hope we will see each other again. Aitäh.