I want to believe! 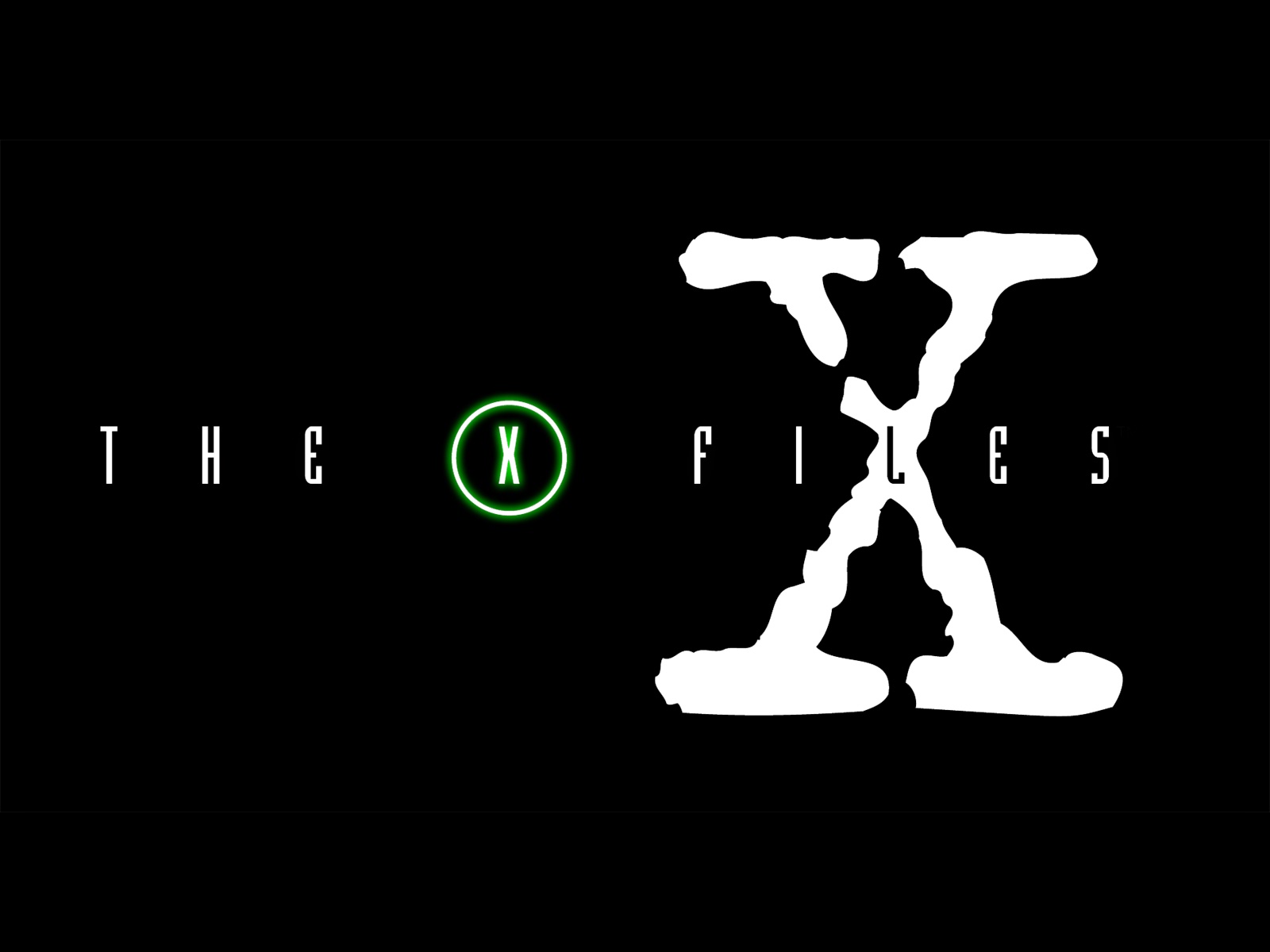 Great news: The X –Files is coming back!!!

A major X-Phile (which nerdy I know, X-Files Fans have called themselves, in order to avoid another „Trekkie“-nickname) in my teen-years the series has changed my life. Without it, I would not be in my current job, probably would not have studied media science and would not have met some people that are good friends to this day.

After I had watched „Fight the Future“ in cinemas, I was hooked. My friend Jeannie and me – of our knowing the only X-Philes in our village – met for every episode, taped it and rewatched it right after the episode had ended. We were obsessed. Everything in our lives was about the X-files, the people we met, the stories we read, even the music we listened to. Internet was a relatively new thing and as Jeannies parents first had internet access, we met at her place regularly to chat with other fans. It was a great time, exploring the vastness of the internet and meeting so many people sharing our interest. The world was our oyster and we made new friends (Yes, moms, we even met them in real life and they have become great friends and even partners. Meeting someone you only know online? Creepy and dangerous, according to my mom…) we were extemely creative, wrote and translated fan-fiction, made music-videos and even contacted a few writers we admired a lot. They had written books about series to finance their studies of media science and became true friends. Thinking about how much a piece of television can change your whole life makes me dizzy somehow…

And now Mulder and Scully will be back!!! I celebrated with starting to watch more X-Files again. Last episode was „Pusher“, a good start, but now I want more!

I wanted to tell you something about my favourite episodes. If you are a fellow phile, maybe you want to start watching again, if you are not, maybe you will be. !!SPOILER ALERT!! I try not to give away too many details, but to describe the episode I need to give some information.

First I would like to say that I am not a big „mythology“-fan, so I do not appreciate the episodes about the general alien-government-conspiracy half as much as well-made monster-of-the-week or comedy episodes.

One of the first episodes I watched is still very dear to me: 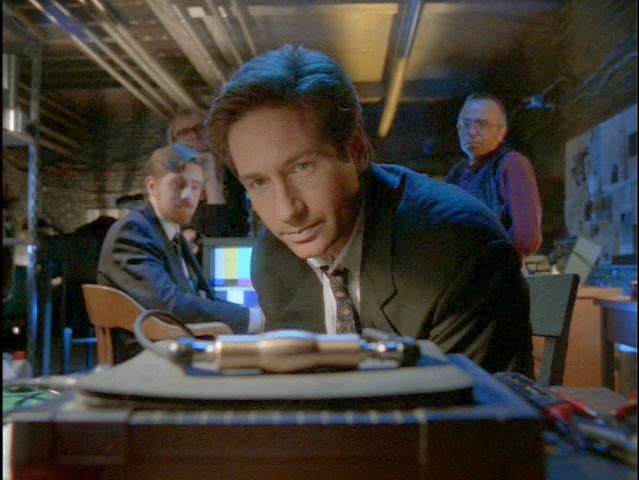 Now, I think I have never seen this episode on a „Best Of“-list, but it truly is for me. Maybe being a tv-nerd the topic of sublime messages delivered through television is fascinating in itself. The atmosphere of a typical conspiracy-thriller including paranoia depicted perfectly by weird camera angles and distressing noise, the appearance of all the important characters (Lone Gunmen, Scullys Mum, Skinner, The cigarette smoking man, Mr X), Mulder‘s fear for Scully… I just love it! 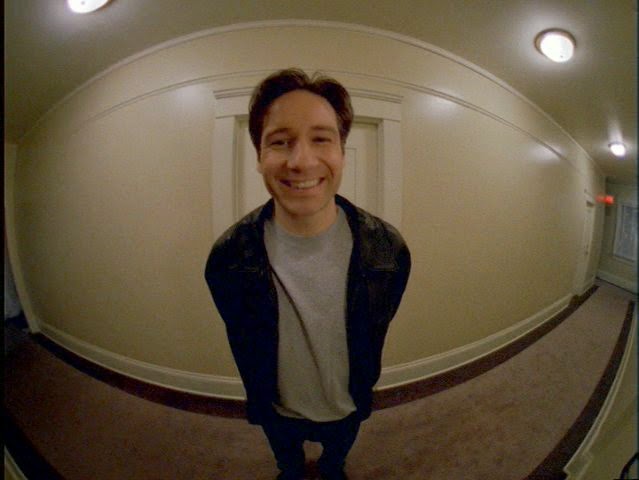 Darin Morgan brought comedy into the X-Files, or let's say, he made comedy episodes a genre, The X-Files have always been a series with room for humour, but episodes like Humbug are so bizarre, the selfreflective nature of Darin Morgan's episodes are a delight! 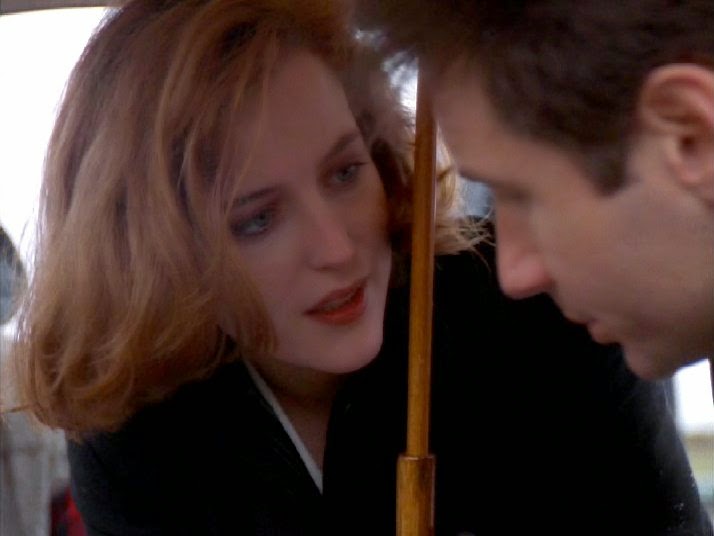 3X22
Quagmire
A fun monster-of-the-week episode, with some adorable Mulder-Scully-talk (You know… „What are we doing here?“ „Well…“ „Oh no, Mulder, you are not telling me we are looking for…“), satirical elements, some drama (poor Scully) and some serious talk about Mulder’s quest fort he truth. I love the ending as well, whimsical… 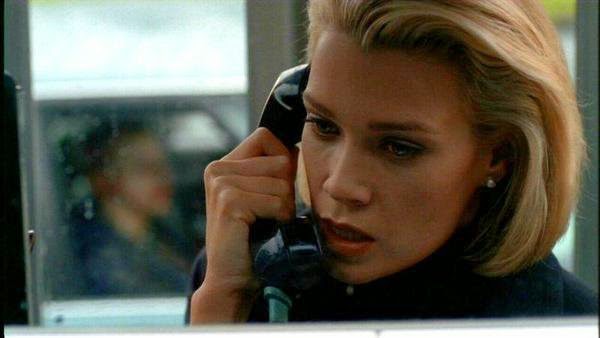 When I first saw this episode I did not know who Alex Krycek was and what he had done, but I guessed that Mulder really hated him for a reason. Again, the feeling of not being able to trust anyone, the corruption, the conspiracy… goose bumps. „The cold war is not over“ as last quote from the episode sums it up pretty well. The depiction of Russia is – let’s say debatable- although most of it is meant to show rural Siberia, so I guess one should not overrate the gulag-scenes.
Scully fighting for Mulder’s safety against American conspirators in court in scenes full of suspense, her loyalty towards him truly touches my heart every time and depicts the most romantic love I could ever think of. You can tell, I advise you to watch it. The hug… Well, I am a romantic. These are the only so-called mythology episodes on the list, as I am not a big fan of those. The alien-conspiracy-story... Not my cup of tea. 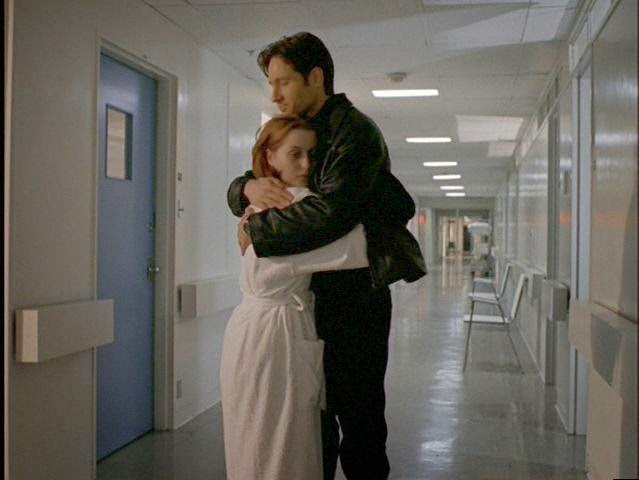 The fourth season was the first one I watched entirely, which might be why I like it a lot. The plot about Scully's illness deepens the Mulder-Scully-relationship and Gillian Anderson and David Duchovny are just so perfect acting out these feelings of fear and helplessness. It might be a pretty dark season, but it has it's very funny moments. Memento Mori is a Scully-based episode and I have always liked those a lot, because, let's be honest, Scully's is the more interesting character, with her doubts, her feelings of loneliness, her longing for a normal life while being fascinated by the paranormal phenomena she witnesses. 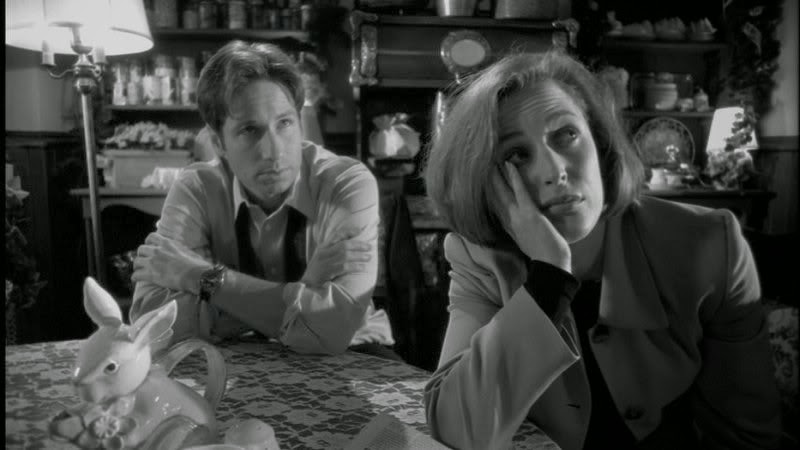 Frankenstein. Ever since a very impressive seminar on Gothic-literature and one on mad scientists, I have been fascinated by the story of Frankenstein. Chris Carter himself took the story of the German scientist, creating a monster and turned it into a father-and-son-story, which turns into an homage to Cher, while at the same time being a satire about today's American tv culture. It sounds crude? Watch it, it is funny, witty and touching. Plus it offers one of the most used scenes on Mulder-and-Scully-shipper videos. Did I mention it is black and white? Aweseome.... 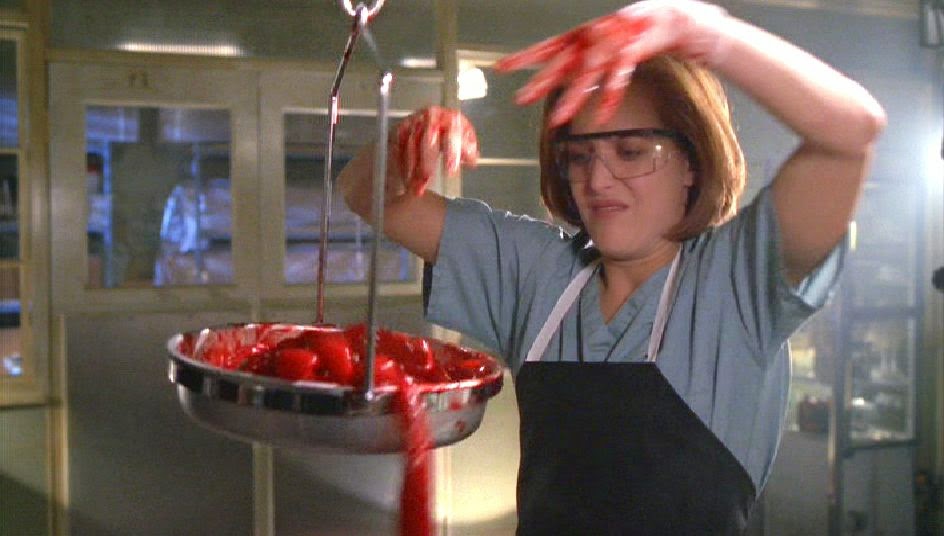 I read that this is Gillian Anderson’s favourite episode and I can fully understand it. I do not want to tell you too much, if you have not seen it, watch it. Maybe it should not be your first X-Files, as a lot oft he humour derives from knowing the series and characters well… Let me just tell you it imitates the strategy of film-classic Rashomon and turns it into something extremely funny. (For me it was exotic when I frst watched it as I didn't know about Magic-Finger-beds plus I wondered what the little plastic thing is that Ronny is somehow found guilty by, as we do not have it in Germany: the little white plastic piece that holds the lid from the pizza. 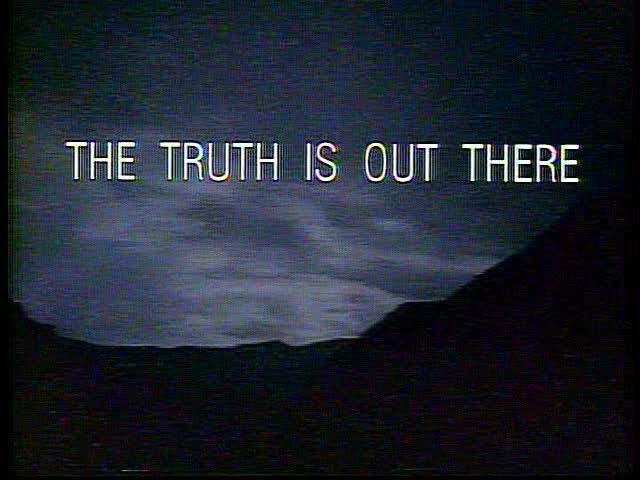