Knitting through a Winter Wonderland!

So folks, how have you been? We have been enjoying the Adventszeit, as we call the last four weeks before Christmas. Only yesterday we even got to enjoy a Winterwonderland in the city of Düsseldorf, which basically never happens. Lisek was very excited and tried to eat all the snow on the ground. I always let him, although I am a bit afraid, his belly might ache later.
Life has been pretty busy, with birthdays, writing for the thesis, weekend-trips, surprise visits, LeanIn Meetings, helping friends and knitting a lot, as always in this time of the year.

The last week of October / beginning of November we took Scottie on a tour eastbound, to Berlin. On the way we had a few stops, e.g. in Gothar and in Quedlingburg, both adorable!. Berlin for us means, visitng a lot of friends, which is always great. It also meant a lot of dates, a lot of driving around, but also seeing so much of Berlin. For the first time in my life I was in Potsdam, which is so pretty! You should definitely go, if you have time while you are in Berlin. The old mansions are pretty impressive, as well as the Dutch quarter and of course, Castle Sanssouci.

Last week we went to Leipzig, to hang out for a few days and enjoy the beautiful architecture and the Christmassy feel about it. The Old Town is pretty small, but has some of the nicest Christmas markets. Needless to say, we had a Glühwein or two and went to great restaurants in the southern part of Leipzig where all the hip people go to. In contrast to Düsseldorf, the city has a very vocal and visible politically alternative scene whose creative outlets you can see in the Südstadt. Scottie was parked in an official parking spot in the middle of the city for just 10 € a day. Not too shabby. The way back on Sunday started earlier than usual, as they announced snow falling. Germans instantly lose their ability to drive when they see the hint of a snowflake, so we figured it would be better to get onto the autobahn as soon as possible. Sure enough, the streets were white and so many people apparently didn’t have the right wheels that their cars sled and sometimes collapsed. Luckily, we didn’t see any major damage or bad accidents, but it was pretty chaotic.

The last week saw a lot of visits to the Christmas market with our neighbours, with old friends visiting and also just the two of us. I love Christmas markets! As every year I will have quite some days off before the Christmas chaos with the family, which I will spend hunting for presents, knitting presents and going to see friends. One of the babies that was born recently lives in Hannover, so I am planning to visit my friend there and hang with her and the little one a bit. Oddly enough, it is not only a lot of birthdays, preparation for the holidays and markets happening this year, but also two weddings of good friends in the last days of the year. Which of course adds up to all the presents I have to create / buy, anyway. Still, I love this time of year. Christmas songs on the radio (and in my head), the whole city illuminated with the most beautiful lights, smelling cinnamon, new cookies and good food everywhere. Sitting in a cozy blanket while knitting and enjoying one of the roughly 1000 christmas movies…. It truly is the most wonderful time of the year.

Last week I took one evening to bake Christmas cookies. The kitchen looked horrible afterwards, but I was pretty pleased with the result. It also helped that my family decided a while ago that everybody will only buy and get one present. That way I have way more time for other stuff than present-hunting. (We are about 15 people on Christmas day). Maybe I am mistaken, but it feels like a trend that people actually start taking more time for what Christmas was initially for. Stillness, enjoyment, Meditation. Many of my friends now have kids, so Christmas is a totally different game for them anyway. But everything seems to be a bit more mindful to me, more people are trying to give to people who are less fortunate than themselves and try to make their actions count. I love that! 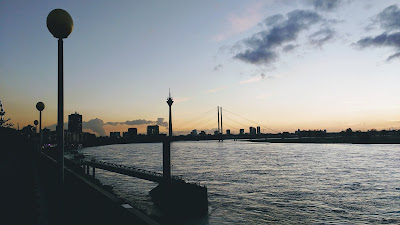 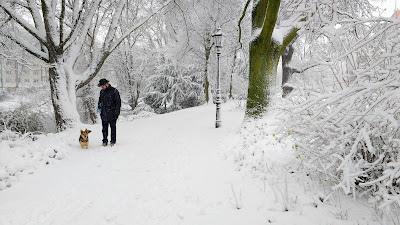 Posted by Selina at 4:25 PM No comments: